Yes, it’s a healthy eating event. The attendees apparently won some kind of contest sponsored by BOTH the Department of Education and the Department of Agriculture to create a recipe that is “healthy, affordable and tasty.”

My bet is that “tasty” wasn’t actually one of the criteria.

Here’s the announcement from the White House:

WASHINGTON, DC – On Monday, August 20th, First Lady Michelle Obama will host the first ever Kids’ “State Dinner,” at the White House, inviting 54 kids, ages 8-12 representing all U.S. states, three territories and the District of Columbia, to a luncheon featuring a selection of healthy recipes from the Healthy Lunchtime Challenge and a performance by Nickelodeon’s music sensation Big Time Rush. The Challenge was created in support of First Lady Michelle Obama’s Let’s Move! initiative, which aims to help solve the problem of childhood obesity within a generation.

In May, parents from across the country were invited to work with their child to create an original lunchtime recipe that is healthy, affordable and tasty, and followed the nutritional guidelines set by USDA’s ChooseMyPlate.gov site. Fifty-four winners were chosen by a panel of judges by the organizations that teamed up with the First Lady on this initiative: Epicurious, the Department of Education and the Department of Agriculture.

First Lady Michelle Obama will deliver brief remarks at the luncheon, which will be open press. Following the luncheon, the kids will be treated to a performance by Big Time Rush, and will have the opportunity to visit the White House Kitchen Garden.

You know, I really don’t have a problem with Michelle taking the lead on childhood obesity. I recently observed a “field day” at a local elementary school, and about a quarter of the kids couldn’t jump over a blade of grass.

First ladies are supposed to provide leadership on an issue, and childhood obesity is a good one. I believe kids can learn to eat good food if you start denying them sugar, particularly at an early age. Instead, they learn that everything has to be sweet to taste good. And then they’re on their way to a miserable life of fatness.

My problem with her is when she starts spending tons of taxpayer money on her pet project, like this event or the one in recently in London, where she had all kids of celebrities and hundreds of children running around the U.S. ambassador’s residence. Remember, this is all subsidized by the Chinese.

Or when she begins mandating stuff and sponsoring her own legislation, or hosting exercise classes in the East Room.

God willing, the kids won’t have to eat their own recipes, and will get some of the sumptuous food they serve at the White House: The world’s best lamb chops and shrimp cocktail, as well as crab cakes, steak, and other traditional American delicacies – and desserts molded into exquisite sculptures and slathered with creamy, sugary  frosting.

I mean, it’s the White House. Give the kids a treat. 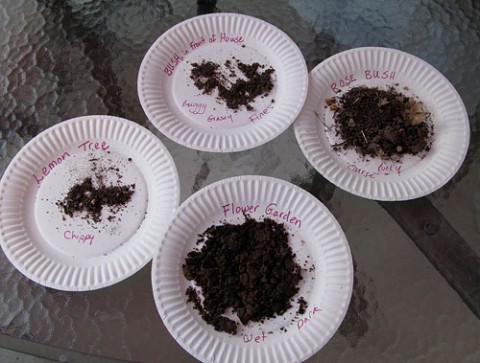