A popular Connecticut park and its 234 acres of wetlands, woodlands and beach on Long Island Sound will be shut down all day Monday so that President Obama can use the location as a base for fundraising nearby.

The Sherwood Island State Park in Westport, Connecticut will have to turn away thousands of bathers so that Obama can get to and from his events, including a $35,800 per head bash at the 9,000-square-foot, $8.3-million waterfront estate of movie mogul Harvey Weinstein, according to The Connecticut Post.

Here’s a look at what people will be missing: 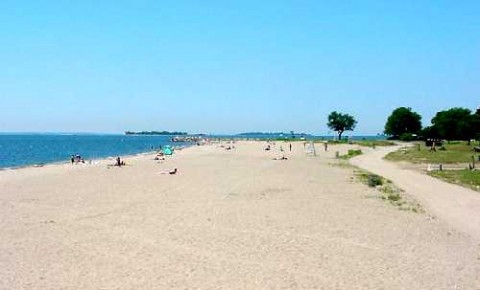 The Obama incursion is already creating an uproar in the state, according to the Post.

“Could you imagine if a Republican ever did such a thing? They’d be screaming from every corner,” said House Minority Leader Lawrence F. Cafero Jr. “This is supposed to be the party and the president of the people? To close this state park in August for purely partisan political reasons is outrageous. People are going to be on their one-week vacation and they can’t get into Sherwood Island?”

The state senator representing the area that includes the park, which is set on a peninsula that juts out into the sound, said other less intrusive landing points were available to the president.

Obama’s travel to Connecticut kicks off another heavy week of fundraising and campaigning that will include a two-day trip to Colorado Wednesday and Thursday.