Is there anybody on planet earth – or any other planets where they get CNN on satellite – who possibly believes that President Obama and Vice President Biden are being sincere when they say they do not support gay marriage?

Come on you two, make a gutsy move and level with us.

This is the White House greatest farce since the Clinton White House allowed photographers to “catch” Bill and Hillary smooching on a beach just before the whole Monica thing came out. 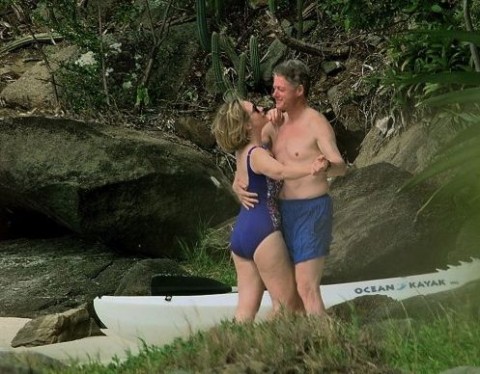 Well, I was aware that President Obama’s position on gay marriage is evolving – that because of “religious reasons” he is still thinking on the matter. It’s an ongoing source of merriment at the White House, where the press asks Obama if his position has evolved yet and he smirks and says, “No announcement today, guys.”

What I was not aware of is that Vice President Biden’s position is also evolving.

Now, we’re all aware that neither of their positions are scheduled to fully evolve until after Election Day, because earlier evolution risks angering the PFDOBC’s that Obama is trying to make nice with so he can win Ohio, Pennsylvania, North Carolina, Virginia, and other battleground states.

Oh, I’m sorry, PFDOBC’s – that’s People Formerly Described by Obama as Bible Clingers. The Obama campaign is desperately trying to get as many of these voters as possible to evolve into Obama supporters or, at least, keep them from turning out en masse for Romney.

Obama himself clings to his Bible when he needs it to protect him from saying he supports gay marriage.

So silly Biden. He got on Meet the Press Sunday and let the cat totally out of the bag.

People are busy parsing the words here, trying to figure out whether Biden technically expressed support for gay marriage. Excuse me, do we all have to be attorneys on this? Is it not perfectly clear from the totality of this statement that Biden thinks men should marry men and women marry women?

I gather someone from the West Wing immediately got on the phone with the VP’s office and cautioned, “Hey, you’re out of position! You’re over-evolved. Roll back your evolution. Tell Biden to grow an oversized forehead, dammit!”

Here’s the nonsense that Biden’s people then put out to Politico:

Biden’s spokesperson then put the vice president right back in Obama’s rhetorical balancing act, saying “the vice president was expressing that he, too, is evolving on the issue after meeting so many committed couples and families in this country.

So they are evolving together. Do they check in with each other?

“Barack, I’m not fully evolved yet, but I’m getting there. You?”

“Same. Just not there yet.”

Please gentleman. Come out of the closet on this one.