Obama admitted the move was partially symbolic, since Vicious has been dead for 33 years.

“Even though Mr. Vicious is no longer with us, I have come to believe that he can do a better job promoting and advancing my candidacy than the team we currently have in place,” Obama said during a brief phone interview with White House Dossier. “Plus, Sid Vicious truly embodies the spirit of this campaign. I can think of no one I would like more to have spearheading my reelection effort as we work to destroy whichever of the Neanderthals – I’m sorry, Republicans – opposes us.”

Messina dismissed the move and said Obama was still hungover from the State Dinner. “The president will soon realize the limitations of having a dead guy run his campaign,” Messina said. “I mean, what, are they going to replace the 7 am strategy call with a séance? I’ll be back soon enough.”

Vicious was the bassist for 70s-era punk band, the Sex Pistols, which also included singer Johnny Rotten. Rotten, who is still alive, is also expected to have a leading part in the Obama campaign.

The news comes as the Washington Post noticed today that Obama is already campaigning, and that all those trips to Ohio, Florida and other key swing states were not merely about policy.

The Obama White House moved fully into reelection mode this week, leaving aside any pretense of being above the fray and beginning an unabashed political effort to lay the groundwork for what polls suggest could be eight difficult months of campaigning ahead.

Thursday seemed to mark a significant shift in approach and intensity, with overtly political speeches by President Obama and Vice President Biden and the release of a 17-minute documentary-style testimonial celebrating what the administration considers its most significant achievements.

But sources within the campaign acknowledged that the speeches were nothing new, but that they did bear some of the handiwork of Vicious, who appears to have moved swiftly to take the reins of the campaign.

Obama, during a speech at Prince George’s Community College in Maryland, called Republicans “cynics and naysayers” who would have been “founding members of the Flat Earth Society” for not buying into wind and solar energy.

Although it was billed as an official White House event, Obama’s appearance took on the feeling of a campaign rally. Hundreds of enthusiastic students filled the college’s gymnasium and chanted “Four more years!”

Biden, speaking in Toledo, Ohio, said Republicans are “about no rules, no risks and no accountability” and “If you give any one of these guys the keys to the White House, they will bankrupt the middle class again.”

The Post wrote that Biden’s nastiness “was another clear indicator that Democrats intend to fiercely contest Ohio.” The article left out that the first “clear indicator” was that Obama has visited the state 436 times since becoming President. 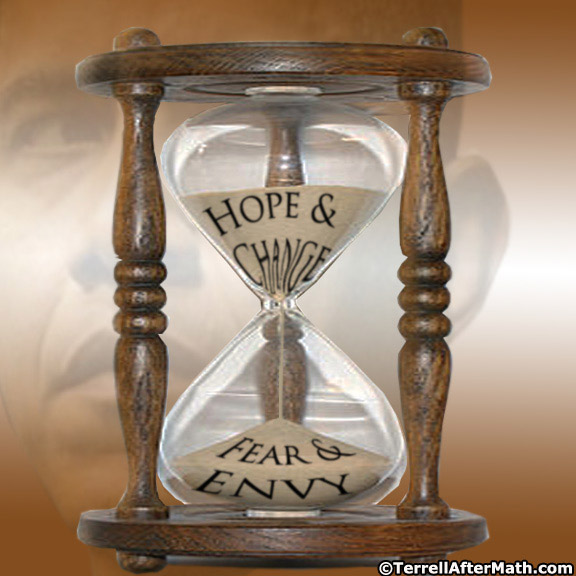 Thanks to cartoonist Rich Terrell and Editor Lucy Gill at AfterMath for use of the cartoon.