Mitt Romney gave a major address at the Conservative Political Action Conference in Washington last week at which he described himself as having “lived conservatism,” saying that his philosophy had originated from “my family, from my faith and from my life’s work.”

But an investigation by White House Dossier, based on extensive interviews – along with phone tapping, break-ins, and other illegal methods – has found that Romney in fact first became a conservative IN THE WOMB.

The Romney campaign declined to comment for this story, saying Romney himself had no recollection of the experience. But medical records and sources who knew the Romney family at the time paint a picture of a fetus steeped in conservative ideology. Romney’s conservatism at that stage was apparently already very severe.

This sonogram of Mitt Romney in the womb – an early example of the technology’s use – was obtained exclusively by White House Dossier. It clearly shows a pre-natal Romney reading “The Road to Serfdom” by Friedrich Hayek. 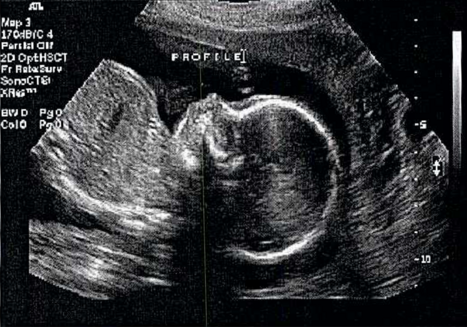 According to three eyewitnesses who were with Mrs. Romney at times when she sang this lullaby, kicks could be felt on her abdomen as the fetal Romney reacted with joy to the melody and its words.

Fellow Republican presidential candidate Newt Gingrich questioned whether Romney was really a conservative at such an early stage.

“As a historian, I can think of only three people who were conservative in the womb: Me, William F. Buckley, and Lyndon Johnson, though environmental factors subsequently changed Johnson into a liberal.”

The campaign of Rick Santorum claimed to have eggs extracted from his mother’s ovaries which would demonstrate that he was conservative even before conception. However, the campaign has refused to release the eggs or provide documentation of any analysis that would show them to be conservative.

← Obama Raises $29.1 Million in January
Are There No New Phrases Under the Sun? →

19 Responses to WHD Exclusive: Romney Was Conservative in the Womb