Last Monday was a beautiful day in the Rose Garden. President Obama and his Teleprompter began to speak about the American Jobs Act, which they said would create . . . jobs. 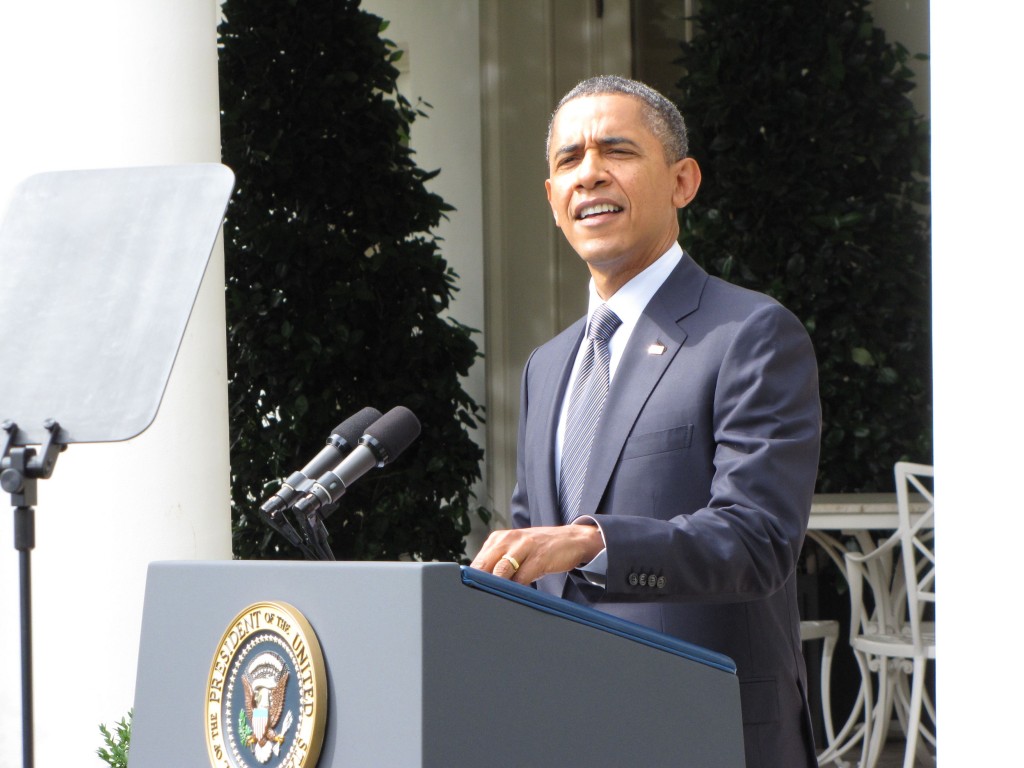 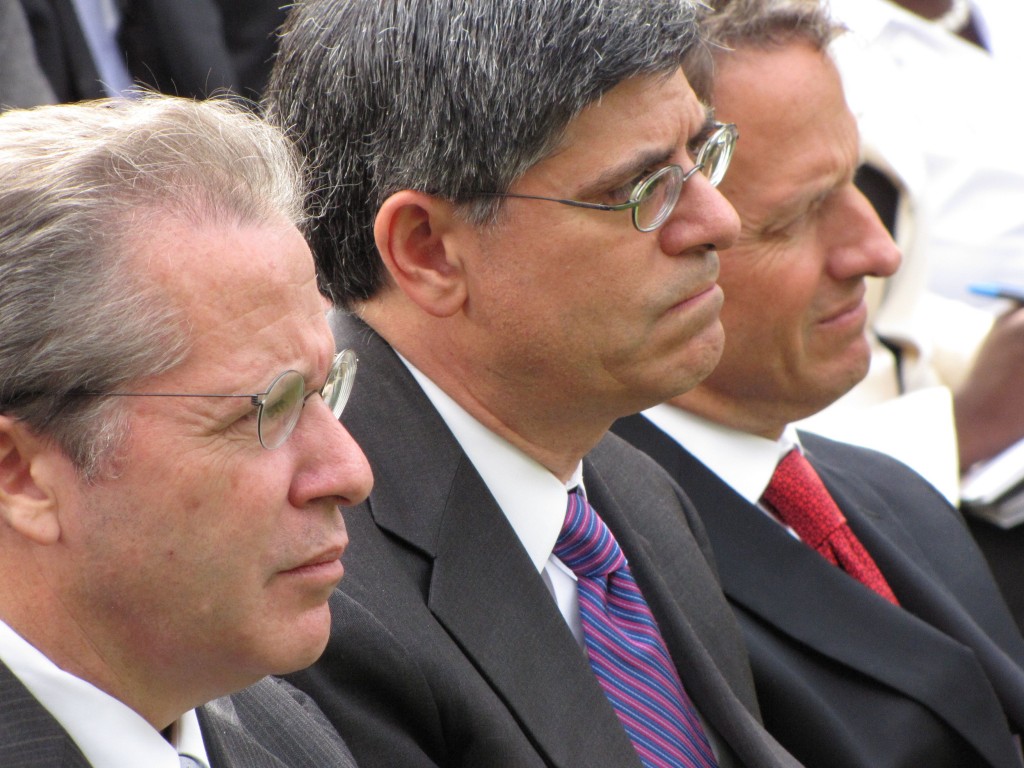 These are their shoes. 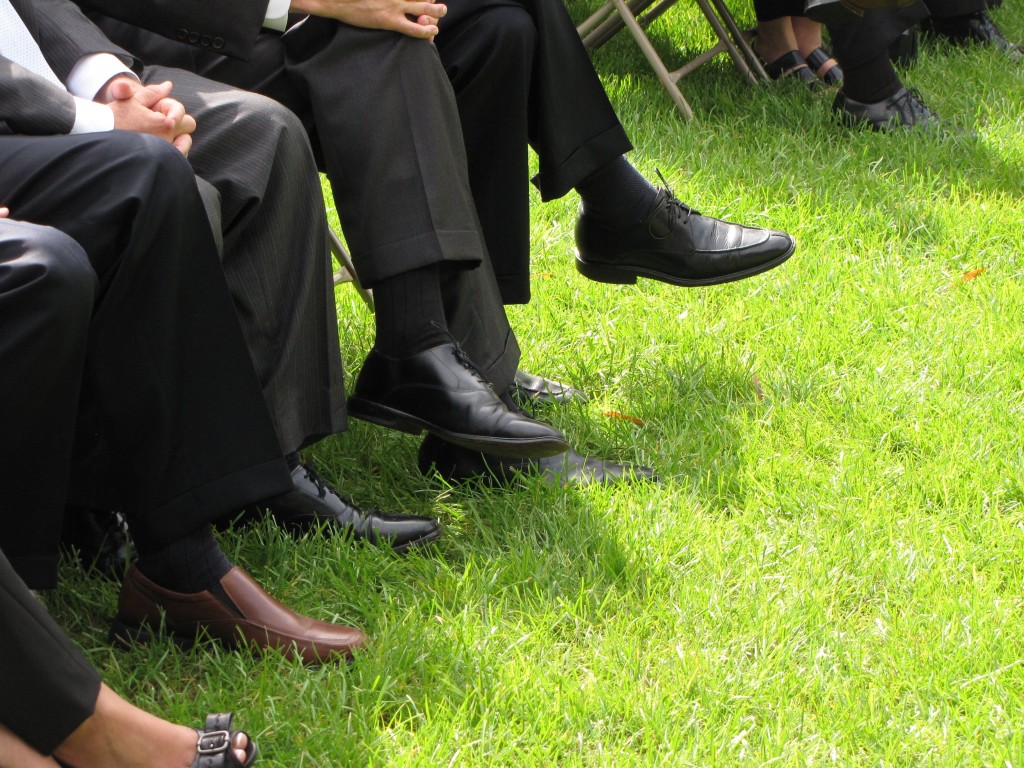 Suddenly, Right Teleprompter wasn’t delivering the correct words anymore. All Obama could see were the lyrics to Van Halen songs. That couldn’t be right! He paused, not knowing what to do. 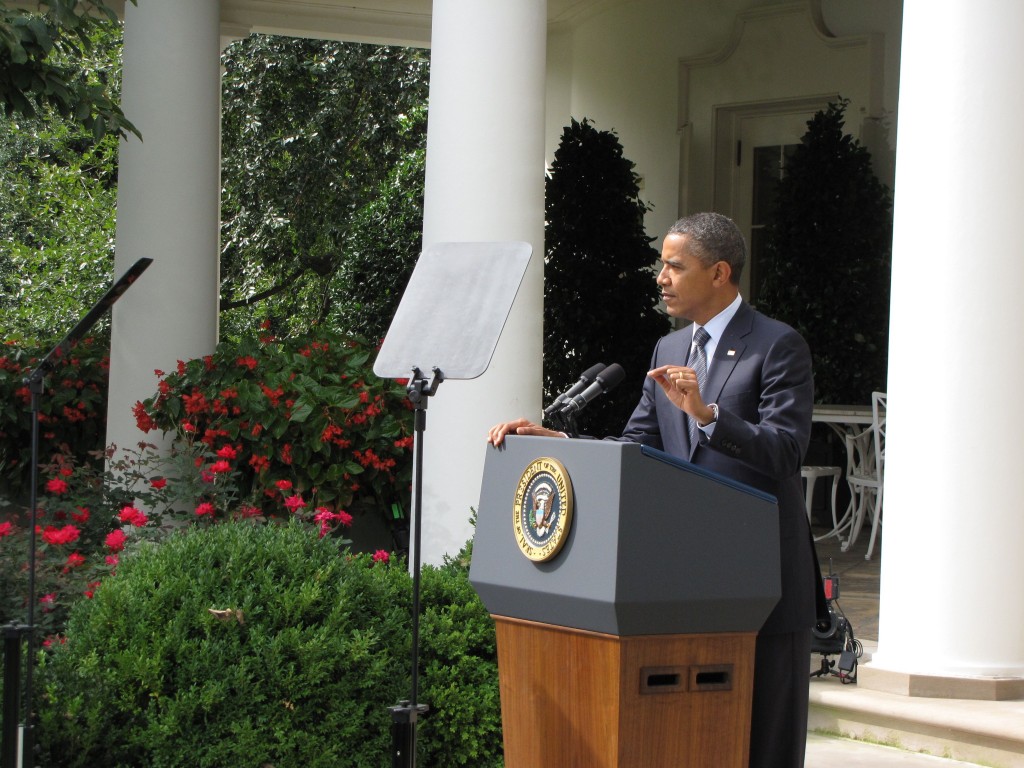 After a few seconds, the president became confused and started spouting weird gibberish, like Rick Perry. 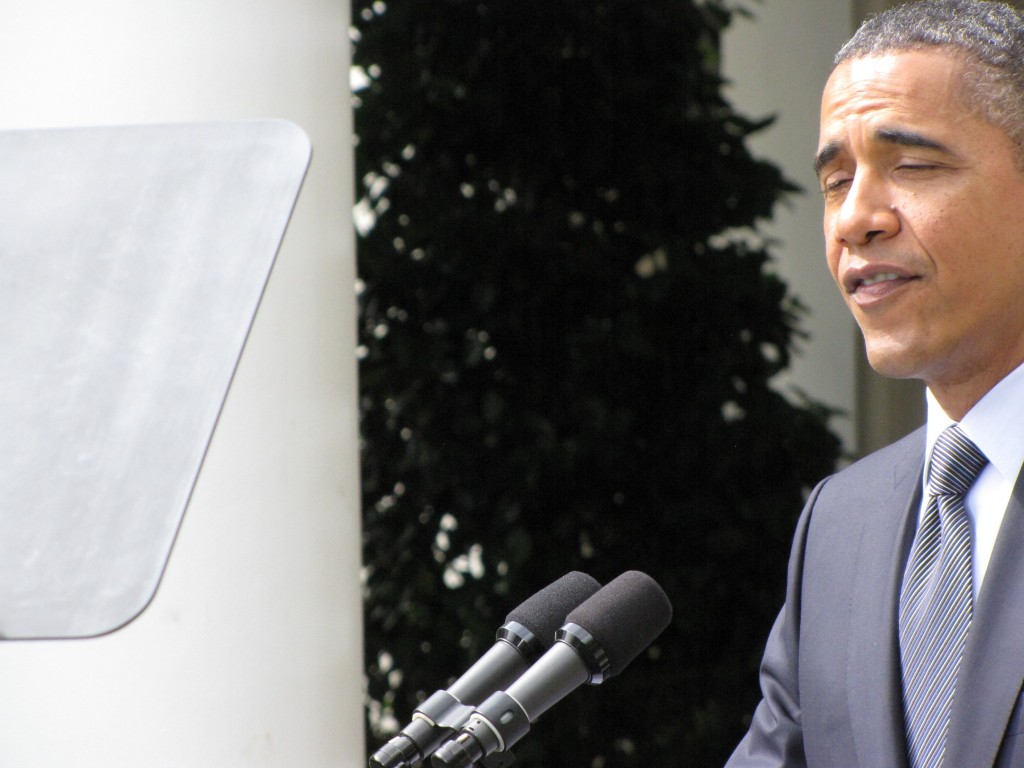 Valerie Jarrett got herself a good laugh out of it. 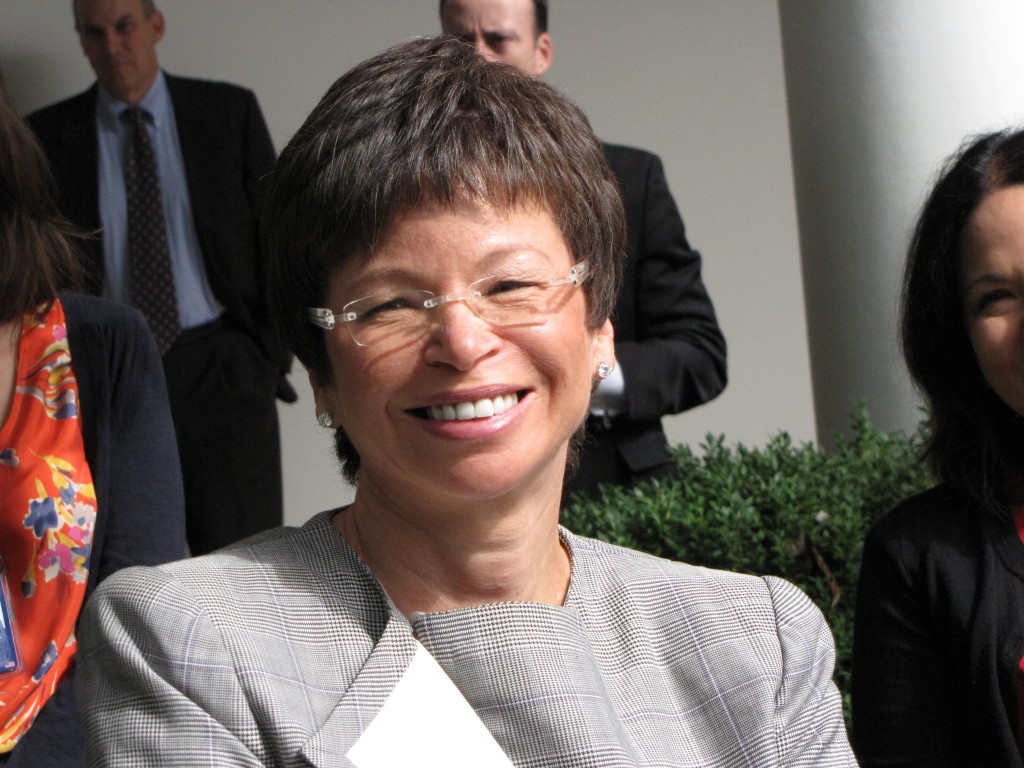 The lighting guy really couldn’t care less. Just as long as the light was good. He got a kick out of climbing up his ladder and saying, “Let there be light.” 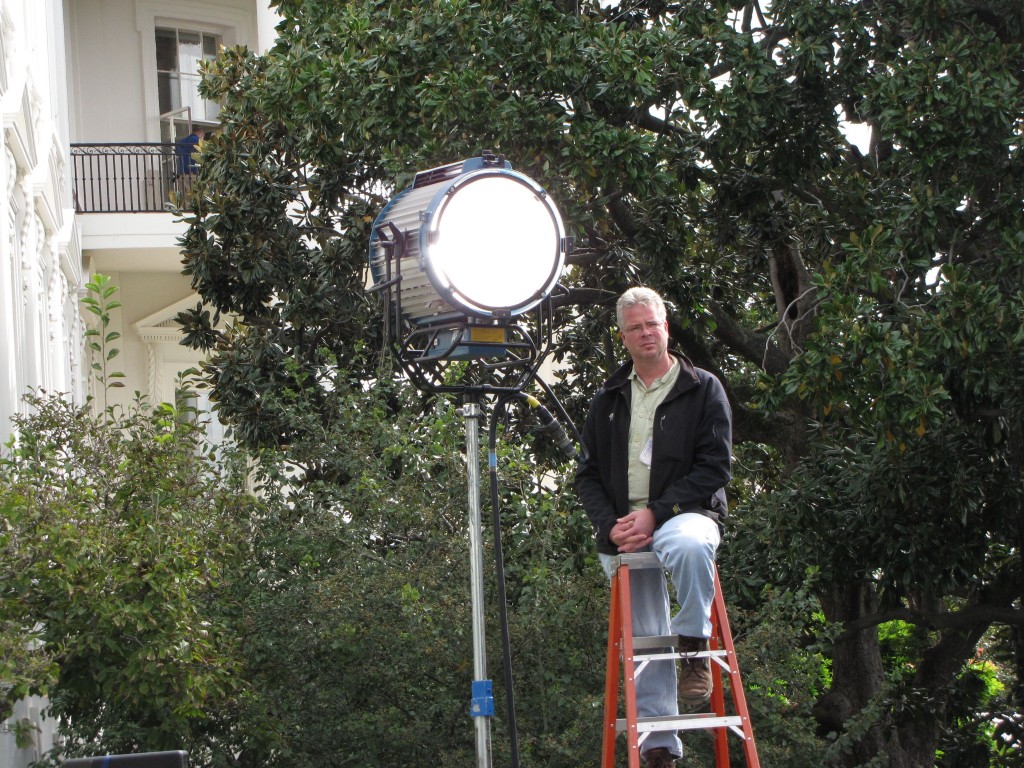 Watching back in his office, Boehner had his usual reaction. 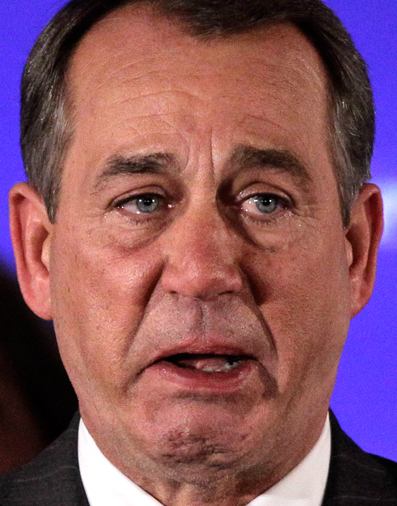 Then, Obama looked and realized Left Teleprompter had the speech. He began again to speak confidently. 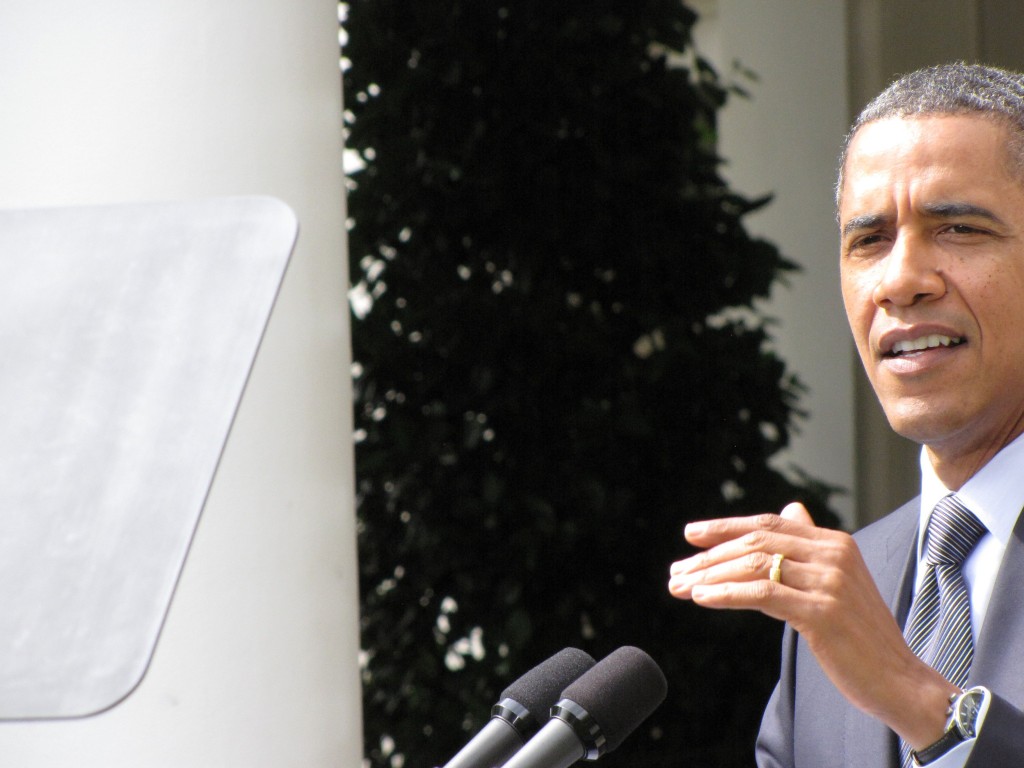 Later, briefing reporters, Tim Geithner suddenly realized the American Jobs Act wouldn’t create any jobs at all. But how could he tell everyone? 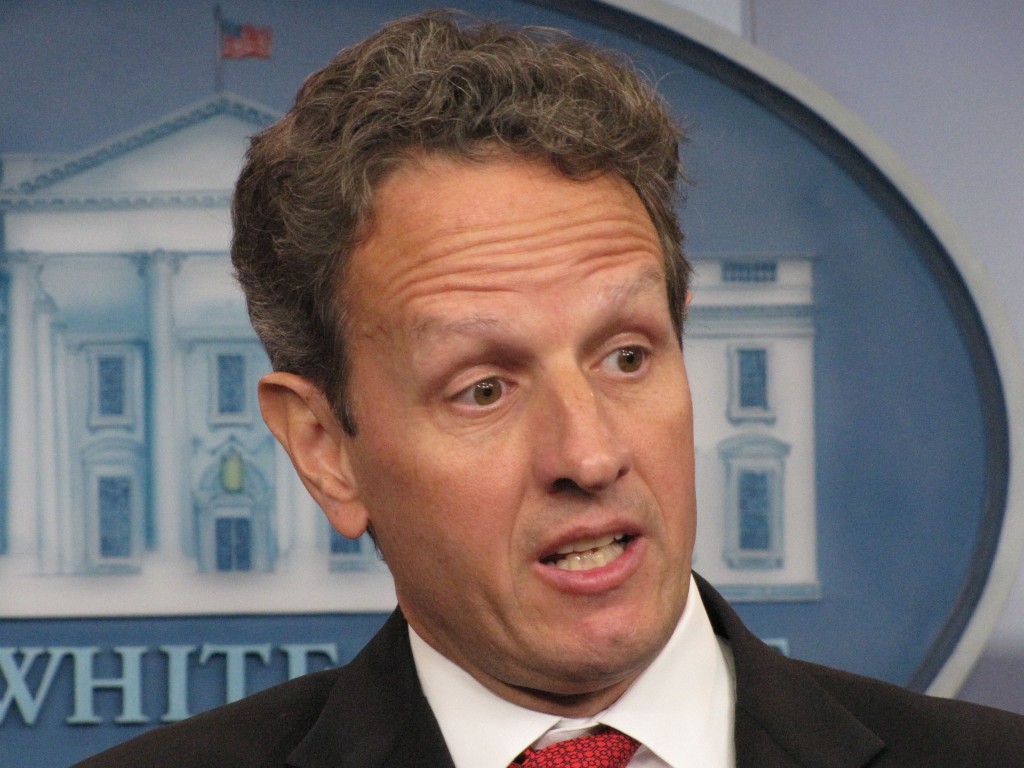 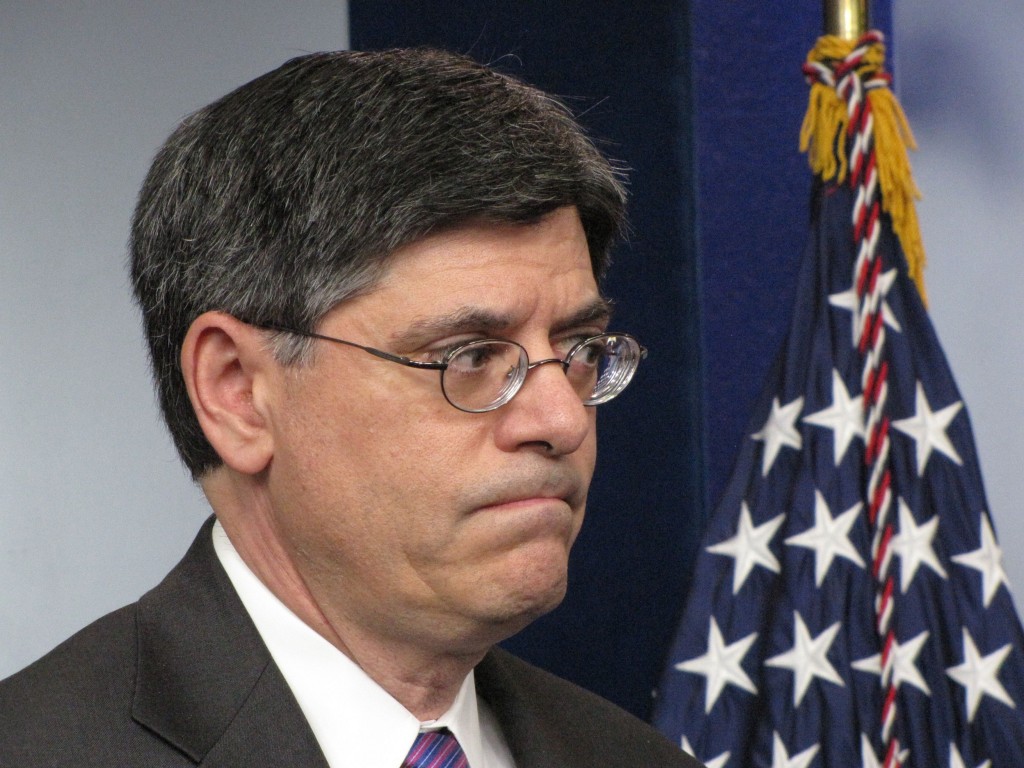 White House Press Secretary Jay Carney, understanding that Geithner had finally run the numbers through his head, knew he had to prevent him from speaking. He gave the Treasury Secretary his Vulcan Sleeping Stare. 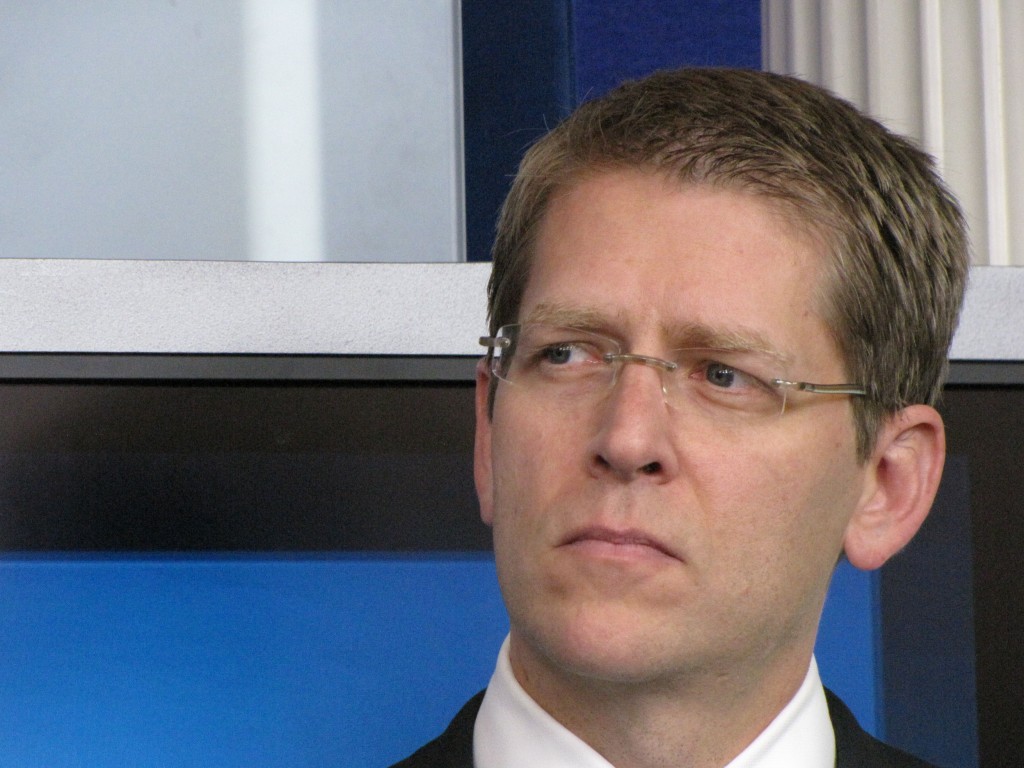 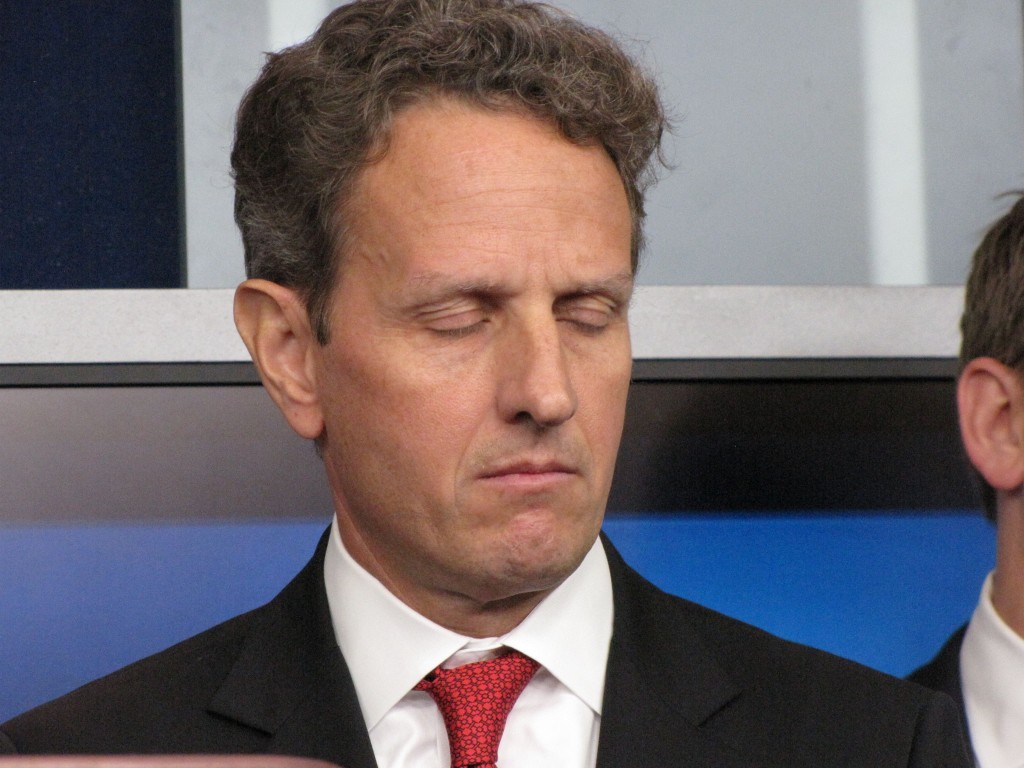 Lew, not realizing what was happening, began singing loudly to Geithner to awaken him. 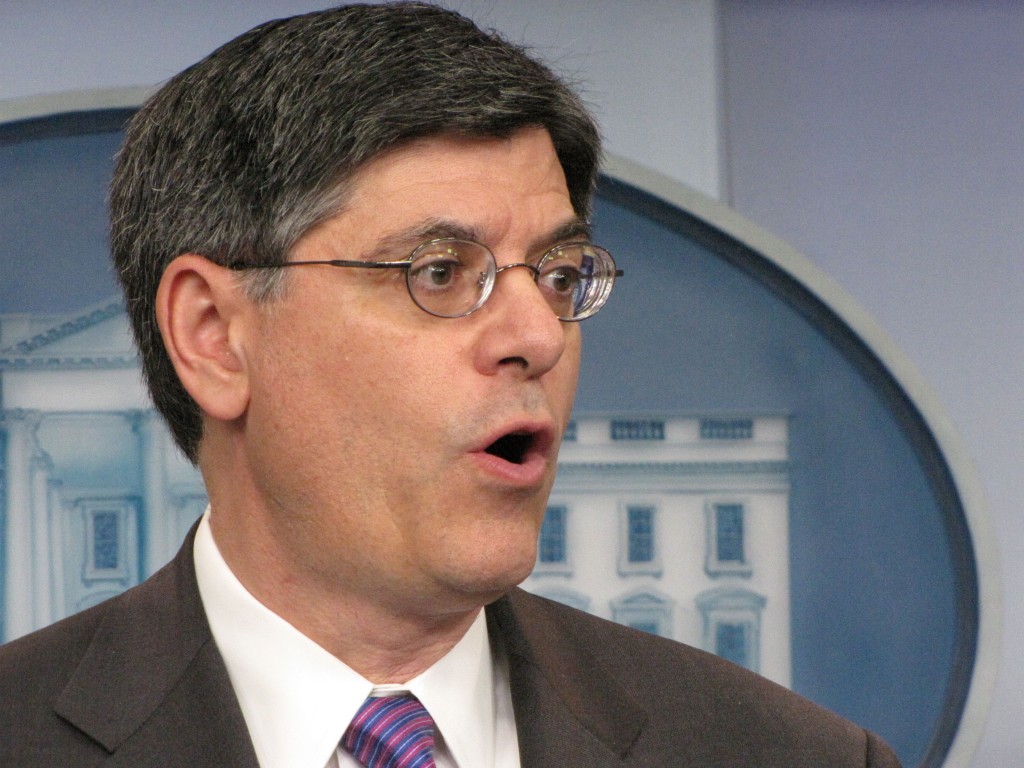 Geithner suddenly awoke, startled and unsure, but remembering nothing about the funny numbers. 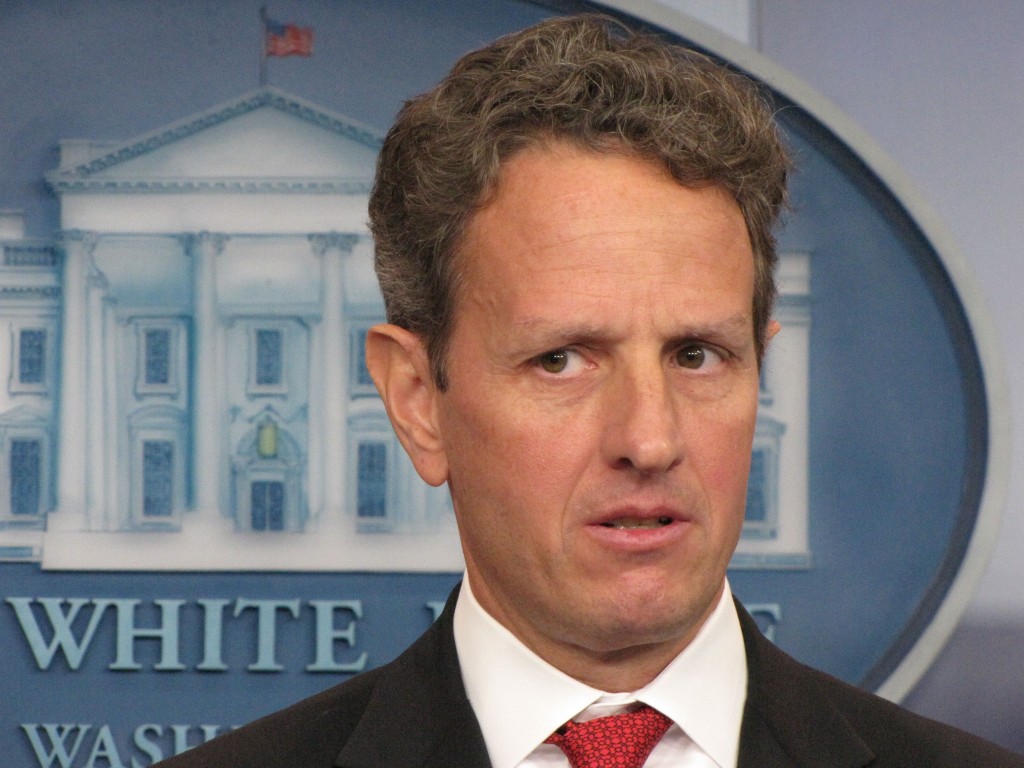 He reported that the American Jobs Act would indeed succeed, and everyone who is out of a job began to cheer. 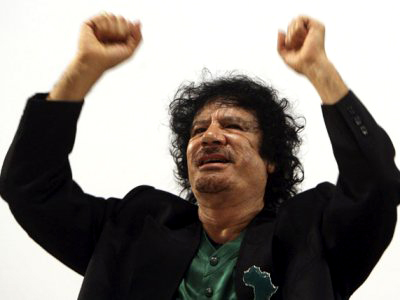 All photos except Boehner and Qaddafi by Keith Koffler