Today’s royal wedding got me thinking about our own Monarch, Barack Hussein Obama II.

Yes, he’s our monarch. He pulls it off really poorly.

We Americans think of ourselves as disdaining any leader not born in a log cabin, but really we’re of two minds about the thing. We want our presidents somehow to be folksy and approachable while also appearing to be regal chiefs of state with a classiness we can admire.

How else to explain the enduring popularity of John F. Kennedy. He was an aristocrat and, thankfully, never tried to pretend he was anything else. His princess bride Jackie gave the name “Camelot” to his administration after his death, and we lapped it up.

In 1980, we’d had enough of the peanut farmer and installed a glamorous Hollywood star in the Oval Office. Reagan then played the role of chief executive to perfection.

And then there’s Obama, pondering “whose ass to kick” and pictured more often by his White House photographers, it seems, in a sweat suit or with an open collar than jacket and tie. His advisers have absolutely no understanding of the president’s role in society. The best they can do to add the royal touch to Obama is to let him take to the golf course every weekend.

In Britain, the roles are divided. The Monarch acts regal and parades from castle to castle, while the prime minister trudges in the trenches and gets pummeled with vicious derision during the House of Commons “Question Time.”

Today, we witnessed the British monarchy in glorious display, watching the marriage of William and Kate, two people with royal bearing and just enough humor about themselves to not be overbearing. It was magnificent. 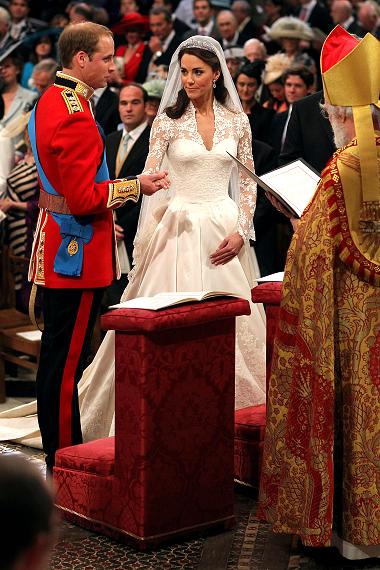 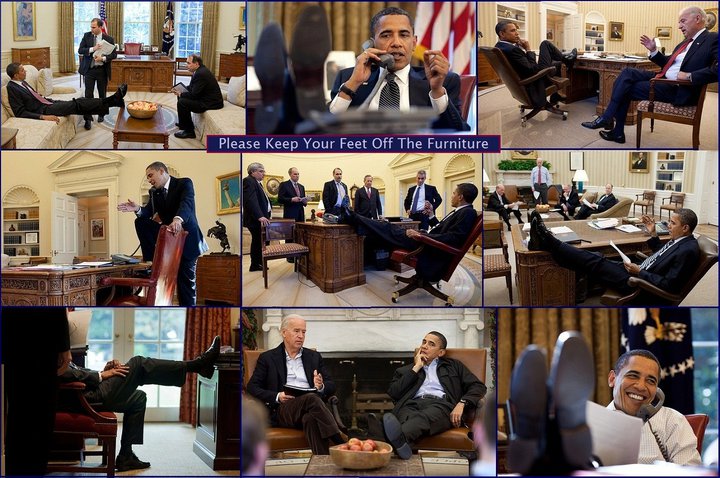 Thanks to Granny Jan who blogs at Granny Jan and Jihad Kitty for the montage of Obama.