Are we having fun yet?

Yes. Too much to let go. President Obama has decided to delay his departure from Hawaii for two days, leaving Monday instead of Saturday. 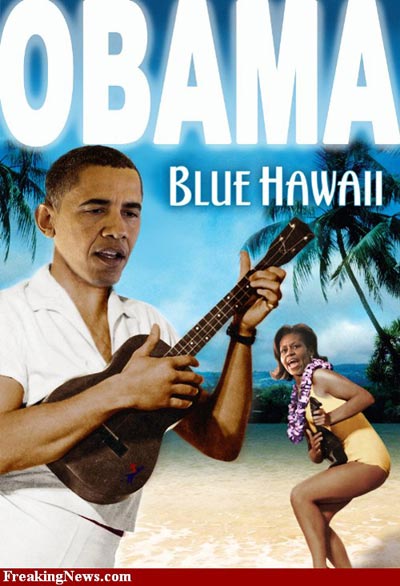 Can’t say I blame him. If I could get 12 days instead of ten in Hawaii I surely would.

This means he’ll get almost his whole scheduled two weeks, which had been cut to about 10 days. He left Wednesday, Dec. 22 instead of Saturday, Dec. 18 because Congress hadn’t finished up its work yet.

Michelle, who left right on time Saturday on her own government jet at a cost to taxpayers likely well in excess of $100,000, will now get a 16 day vacation, on top of several others she took during the year.

“After the extended lame duck and five-day delay of his trip here, he’s just trying to squeeze in more time with his family before returning to Washington,” said White House Deputy Press Secretary Bill Burton.

This seems off by a day to me – it was a four day delay as far as I can tell.