One of the mostly overlooked real-healthy-for-Democracy results of the House Republican landslide will be the new power of the GOP to look over President Obama’s shoulder as he conducts his business.

The Party that runs the House or the Senate also has the power to appoint the chairmen of the committees and stack the panels with a majority of their members. But perhaps even more importantly, they get more money than the other Party to hire staff. The House Democratic staff dwindles, while the GOP gets all sorts of bright and eager young things to start producing legislation – and squirrel around in the Obama administration’s business.

AND THEY HAVE TO POWER TO SUBPOENA. Obama’s minions must testify. 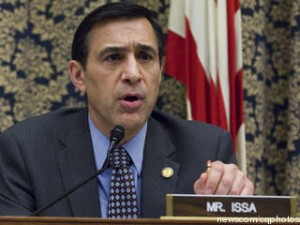 According to a piece today in POLITICO, incoming House Oversight Committee Chairman Darrell Issa is planning nearly 300 hearings by his full committee and its subcommittees.

But that’s only the beginning. Each of the other committees covering defense, the environment, education, transportation and so forth will be staging their own investigations and oversight of what’s going on in Obamaland.

This will have a massive impact on the White House. Here are some of the ways:

1. White House officials and their appointees in the agencies are going to have to be much more careful about what they do and be sure they can justify it in the public arena. Quiet or secretive efforts that might not be so popular, like the EPA writing of carbon emissions regulations, will now become public spectacle. With an eye on his reelection, this may force President Obama to curl back or not commence initiatives that will get voters pissed off. 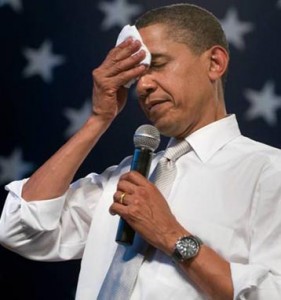 2. No more cutting corners or illegal activity. This White House has been remarkably scandal free. But part of this might be due to the lack of oversight, from Congress and the press. There’s always a bad apple in a senior position somewhere in any administration. Now, the temptations to get up to no good will be easier to resist.

3. White House officials will have to spend more time justifying and defending themselves, and less time making policy. From a Republican perspective, this keeps them out of mischief. Word is that White House Legislative Affairs Director Phil Schilliro may be tasked to steer the investigation response operation along with White House Counsel Bob Bauer. This makes sense, since Schilliro was a longtime chief of staff to Rep. Henry Waxman (D-Calif.) who staged his own legendary probes as chairman of a couple f House committees, including the Oversight panel.

11 Responses to Obama to Get Lots of Nice Oversight