One of the changes President Barack Obama has brought to Washington is the refashioning of the formerly staid White House Council of Economic Advisers into a new presidential political attack machine.

Austan Goolsbee, the new CEA Chairman, is hardly the fussy old economist-type who once in sat atop the Council. Oh, he’s an economist alright, but he’s also a former national debating champion, an ex-TV program host, a kind of part-time comedian, and an adviser to Obama’s campaigns. He’s not going to sit in some musty old office perusing dry tabulations of data.

He’s getting out there and helping Obama stick it to the Republicans.

Which is odd, because, ACCORDING TO THE WHITE HOUSE WEBSITE, here’s what he’s supposed to be doing:

See if you think this sounds objective. 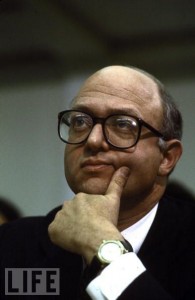 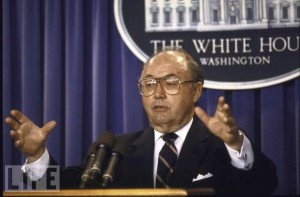 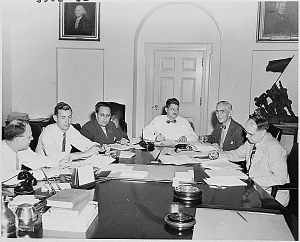 Believe it or not, the first and second guy are different people. I mean, these guys were cut from a mold. They wouldn’t know a teleprompter if you threw one at them. But Austan is different.

Perhaps Austan’s role fits with the president’s presumption that his views must be correct and opposition can only be motivated by political animus.

So let’s kind of act like economists and do a calculation.

Some Republicans have noticed that the CEA is now an institution that needs taking on. Former Bush White House National Economic Council Director Keith Hennessey, who runs his own blog, recently put together this video to counter Goolsbee’s “White Board,” which is shaping up to be a new White House website institution.

It’s a little long, but if you stick with it you’ll get an interesting preview of the early stages of a debate that will be with us for many years.