Obama’s Attacks Fail, and His Brand is in Ruins

The more Obama talked about his health care bill as it wound its way through Congress, it seemed, the less popular it became. And now, after weeks of nasty campaigning, the verdict on the president’s political efforts are in, and the grades are not much better than those he got for his health care effort.

According to a newly released Wall Street Journal/NBC poll, 50 percent of likely voters want a GOP Congress, compared to 43 percent who want the Democrats in control. Desire for a GOP Congress is up 4 percent among this group, from 46 percent last month, when Obama really began bludgeoning away. Support for a Democratic Congress has stayed the same at 43 percent.

Obama has failed in his main mission of closing the “enthusiasm gap” between Republicans in Democrats. In fact, there’s evidence he made it worse, according to the Wall Street Journal.

The Republican edge in intensity of support, after falling from a 19-point lead in August to a 14-point lead in September, is now at 20 percentage points.

Obama has succeeded in solidifying portions of his base.

Democratic attacks on the GOP in recent weeks have solidified the party’s hold on President Barack Obama’s core supporters, especially African Americans and young women, while softening up the Republican advantage among senior citizens, the poll found.

But with the enthusiasm gap widening since September, it appears his fangs-bared campaigning has also helped to further energize Republicans. And I would wager that independents are wondering exactly what happened to the uplifting-type guy they thought they voted for. 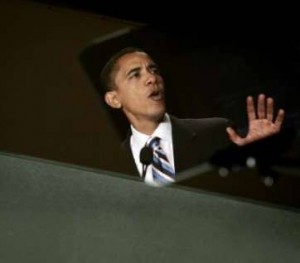 The raw meat Obama has been throwing around – attacks on the Chamber of Commerce, attacks on Republicans as heartless Fascisti, and so forth – has been eagerly consumed by the Democratic base, which eats up anti-GOP rhetoric. But the Obama brand is finished for the rest of the country.

The White House has made a fatal mistake by allowing Obama himself, THE PRESIDENT OF THE UNITED STATES AND LEADER OF THE FREE WORLD, to do the bashing. It’s traditional, and for good reason, to unleash the vice president as attack-dog-in-chief.

Or he should have left the vitriol entirely to surrogates like Axelrod, Gibbs, Dan Pfeiffer – the strangely incommunicative communications chief who’s not seen often – and non-White House pit bulls like Carville and Begala.

Bush generally avoided using the word “Democrats” in his political efforts, trying to keep the presidency at least a foot or two away from the gutter. Obama relishes specifying the Republican Party and its sins, sounding more like the DNC Chairman than the nation’s leader and the inspiration candidate of 2008.

And a tarnished brand is impossible to resurrect. There was once, back in the 1970s, a wildly popular restaurant in New York City called Maxwell’s Plum, which was famous for its unparalleled Bloody Mary’s. 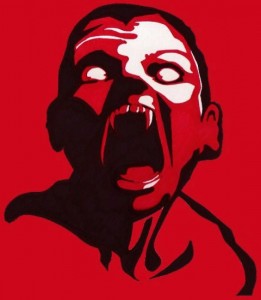 As I remember the story, people just couldn’t get enough of the cocktails, and they ordered them, and ordered them some more.

It turned out part of the reason was that they weren’t getting drunk. BECAUSE THERE WAS NO ALCOHOL IN THEM.

Maxwell’s Plum, upon being revealed, insisted that now it would start putting vodka in the drinks, and that all was fine. But New Yorkers, aghast that they were imbibing Virgin Mary’s, never went back, and the place soon closed.

Obama’s supporters thought that he was Jesus. They wouldn’t have minded if he was at least the Virgin Mary. But instead, there’s been a different kind of Revelation: He’s just another politician, willing to do whatever it takes.

5 thoughts on “Obama’s Attacks Fail, and His Brand is in Ruins”