There is a good piece today in POLITICO about the White House in attack mode. The idea, the article says, is more to gin up the Democratic base than turn independents against Republicans. 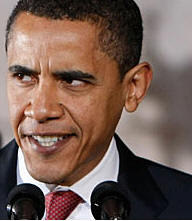 Obama has of course not just entered the political fray, but done so with a sense of abandon and at a level of vitriol unprecedented for a sitting president. This will have grave consequence for him, both this year and in 2012.

The attacks may tune in a distracted and disaffected Democratic base to some extent, but they will backfire among the larger voting population, which cares deeply about issues, is genuinely concerned about the economy, and wants seriousness, not a load of PR nonsense.

The assault on the GOP is as likely to turn off mainstream voters as it is to excite the Democratic base, and it will have the unintended effect of galvanizing conservatives even further.

Republicans are benefiting by looking like the more serious-minded of the two political Parties during serious times. 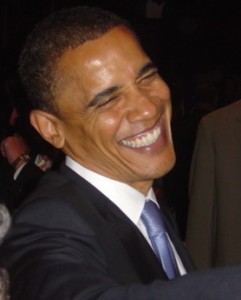 And Obama, by characterizing Republicans as the new evildoers on the world stage, is also busy completely overhauling is image.

He appeared to be something new, someone shining above the grunge of everyday politics, someone who would lead the country into a post-partisan, post-racial, post-lousy-place-where-we-were world.

But it turns out he wasn’t any of these things. What we see today in the White House is something shockingly familiar: a politician – and a particularly partisan and sharp elbowed one at that – doing whatever it takes to ensure his political survival.

6 Responses to Obama’s Own Vitriol Will Sink Him