Whether you like the first 18 months of the Obama presidency or not, you have one person to thank more than any other for its achievements, and it’s not the president, and it’s not Nancy Pelosi.

Rahm Emanuel, who will announce his resignation today as White House chief of staff, is quite simply the most formidable political figure of the last half of the first decade of the 21st century. Through sheer force of will, he has sculpted the landscape and made law to a degree unmatched by any other politician. 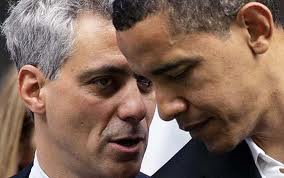 Yes, Obama is president and Nancy is Speaker. But without Rahm, Nancy wouldn’t be Speaker, and Obama wouldn’t be achieving much as president.

It was Rahm, remember, who as chairman of the Democratic Congressional Campaign Committee brought the Democrats control of the House in 2006. This of course effectively ended the Bush presidency while laying the basis for the passage of Obama’s agenda.

He did it through careful and intelligent cultivation of candidates and relentless fundraising.

Rahm gets up early every morning and starts Rahming around, Rahming people, and keeps Rahming away until late at night.

He struts the halls of the White House bristling with energy – you can kind of feel it as he passes. He strides into meetings and peppers aids with questions that show he’s aware of things they didn’t suspect.

For goodness sake, the Muslims even named their holy month for him. 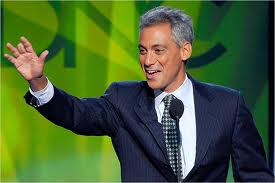 The White House legislative affairs director is someone named Phil Schiliro, who by all accounts that I’ve heard is extremely able. But everyone on Capitol Hill knows Rahm is the legislative affairs chief. He was in charge of the strategy, did the most important cajoling – or you might say, bullying – and steered through Congress the stimulus, health reform, financial reform, and other lesser known Obama initiatives.

All while knocking heads together in the White House to make the place work.

And he’ll probably win his mayoral race. Because Rahm doesn’t take no for an answer, even from the people of Chicago.

And then, make no mistake, he will run for president.

4 thoughts on “What Rahm Hath Wrought”