Well, as I predicted, Shirley Sherrod ain’t going back to the Department of Agriculture. Instead, she wants to take some time off. Big mistake. About the time off, that is.

You remember Shirley, right? She’s the one who was fired as an Ag official after an edited version of some remarks she made appeared to show her as a rank racist. When the full remarks demonstrated she was in fact a thoughtful angel on racial matters, the administration immediately reversed itself and offered to make her White House Chief of Staff. Well, not exactly, but the courting has been pretty aggressive.

What’s never been revealed – or tracked down by the media – is whether anyone in the White House made the call to Agriculture – as suggested by the official who ordered her fired – and demanded that Sherrod be ousted.

But now, for Shirley Sherrod, opportunity knocks, and deservedly so. Some puny post in the Ag department will no longer suffice. 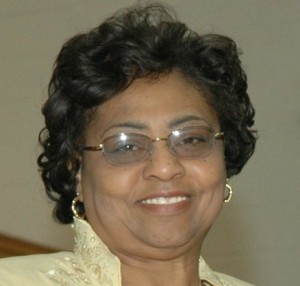 Instead, while she wants “some type of relationship with the department in the future,” she notes “we do need to work on the issues of discrimination and racism and in this country, and I certainly would like to play my role in trying to to help deal with them.”

Well, we do, though less so than in the past in a country that just elected a black president.

Shirley’s problem is that she needs not to rest but to immediately get herself on the Oprah circuit and make a splash that gets us so wet we can’t forget or ignore her.

She needs a literary agent for the book someone will ghostwrite for her, a media placement manager, a physical trainer, and regular salon appointments.

Here she is yesterday with Agriculture Secretary Tom Vilsack, who apparently offered to resign over the incident, after a 90 minute meeting in which he desperately tried and failed to get her back into the department. There she would have remained nice and quiet, allowing an administration PR-mess cleaning crew to sweep the whole matter under the rug.