Apparently, the president made an impromptu decision to get into a Chevy Volt, which has a gasoline-electric engine, and drive around. Here’s the pool report out of Michigan:

He stepped excitedly into a Black Chevy Volt, behind the wheel, buckled himself in and haltingly drove perhaps 10 feet at a crawling speed. “Pretty smooth,” he concluded.

Presidents don’t get to drive themselves anywhere, and Press Secretary Robert Gibbs confirmed this was a highly unusual though not unprecedented opportunity for Obama.

Gibbs said he believes the last time Obama drove was 3-4 months ago, when he drove a Dodge Charger at a Secret Service training facility (off-camera and hopefully much faster).

Speaking on Air Force One, Brian Deese, the 31 year old works at the White House remaking the auto industry, quibbled with elements of the piece he said were inconsistent. But he didn’t address the article’s central argument, which is that the Chevy Volt is overpriced, uncomfortable, and nobody wants it.

Anyone, at least one person likes it. 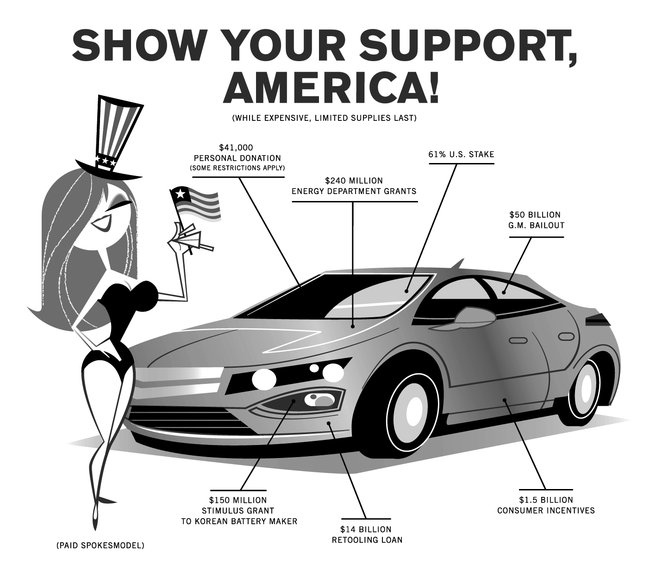