So Mrs. Obama and younger daughter Sasha take off next week on what looks to be a four day vacation to Spain, staying, according to the Spanish press, at the Hotel Villa Padierna, a place that’s decidedly not for “the small people.” 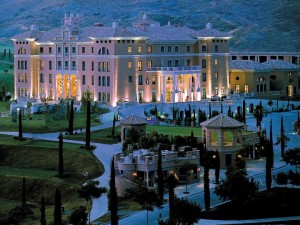 I don’t know how reliable the Spanish press is, so I caution you that it’s somewhat possible she will be somewhere else. But they should at least be able to get this right.

She’ll be traveling with “friends” who are also definitely not “small people” if they can afford to jet off for a few days and stay at this Ritz Carlton property with the First Lady.

I’m still not sure who’s paying for all this. It’s being billed as a “private, mother-daughter trip” by the White House, but I don’t know if “private” means the Obama’s pay or just that the press ain’t invited to snoop around.

Anyway, there will naturally be logistics like Secret Service and so forth that the taxpayer will have to foot the bill for. If she’s going to get protection, it doesn’t make much sense for the Secret Service guys to be staying at the Holiday Inn down the street, you know?

Here’s the line from the hotel that must have caught Michelle’s attention:

Discover one of the premier luxury hotels in Marbella – the Hotel Villa Padierna. Surrounded by the sparkling waters of the Mediterranean, this five star hotel in Marbella offers guests a relaxing retreat where luxurious accommodations, championship golf and a lavish spa give way to awe-inspiring views of the Costa del Sol . . . Guests enjoy impeccable personal service in surroundings enhanced by fine antiques and art. All 129 rooms including 11 beautifully appointed villas pamper guests with elegance, spaciousness and a comforting array of amenities.

Let’s assume that the First Lady of the United States, if she’s going to be at such a swank place, will get at least a large one bedroom suite. That will set somebody – her? taxpayers? – back $600 per night, according to the latest rate postings. She might just opt for the two bedroom villa though, the priciest option at $2,000 a night.

If she thinks that she and Sasha can squeeze into a smaller one bedroom suite, well, there’s a deal waiting for them. For just $588 a night, they can get what the hotel is billing as “peace of mind” – presumably about the price – a buffet breakfast for two, and four nights for the price of three.

While she’s away, the president presumably will be golfing. And whoever is in charge of Obama image making NEEDS TO BE FIRED IMMEDIATELY.

Below are a few more photos of this palace hotel for you to peruse. 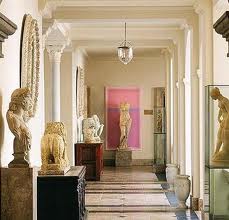 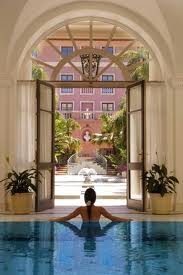 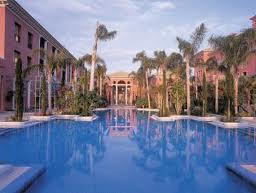 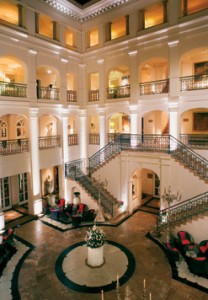 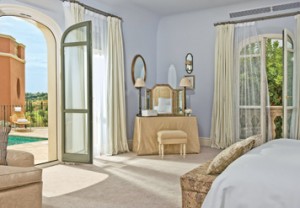