A Look Inside an East Room Press Conference

President Obama and Prime Minister David Cameron today held a short press conference in the East Room in which they proclaimed that they like each other, that Britain and the United States are good allies and even speak the same language, that it was wrong the release the Lockerbie bomber since he’s really not too sick, and blah blah blah blah blah.

What, you were looking for news from this little Anglo-U.S. PR stunt?

But it looked pretty cool. Here’s some photos from inside the East Room.

First, lets see what some of the august White House journalists are up to while they wait for Obama and Cameron to appear.

Below, NBC’s Chuck Todd is on air while behind him the official White House microphone test makes sure the mikes are hot. 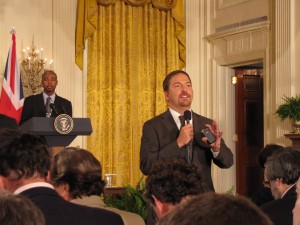 Ed Henry of CNN gets set to go on while ABC’s Jake Tapper most likely is dispatching one of his endless series of tweets to the world. Apparently, New York has not demanded any prefatory comments from Tapper, but his Twitter fans – and they are legion – have. 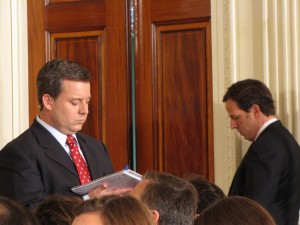 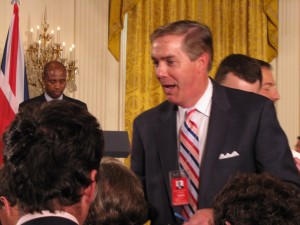 And now we’re underway. Obama listens as Cameron makes some kind of point. 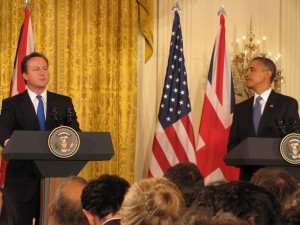 The photogs eat it up. 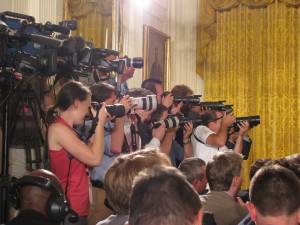 Obama takes a question, not terribly willingly, from a British journalist. 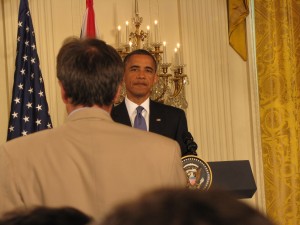 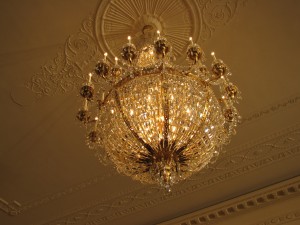 White House Press Secretary Robert Gibbs and what appears to be his British counterpart make sure everyone’s on message. 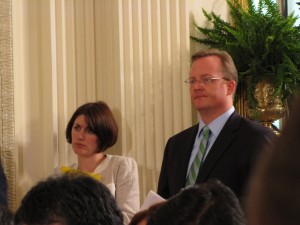 Obama makes his point with help from the presidential seal. 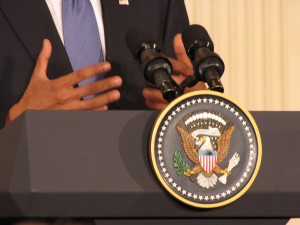 And now it’s over. Ed Henry launches into a standup while Fox’s Major Garrett takes a rare chance to photograph the Green Room. 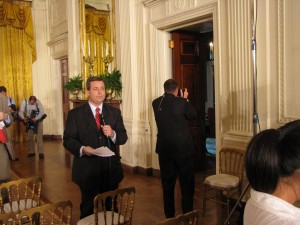 The lovely and industrious Kendra Marr of POLITICO doesn’t wait to get back to her desk before tapping out a story. The equally lovely Steve Thomma of McClatchy looks on – and figures it can wait. Major is in the background still taking pictures. 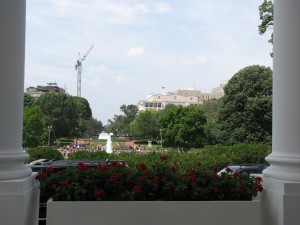 And now its back to our desks, where we’ll try to convince out editors that something important happened so that the afternoon isn’t a total waste. 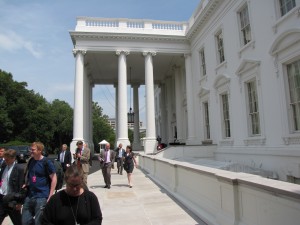 7 thoughts on “A Look Inside an East Room Press Conference”