President Obama is making his second trip of the year today to Nevada to help out the highly imperiled Harry Reid, a big commitment of presidential time and effort made even before the post-Labor Day election season  gets underway. In fact, Obama also made an unusual off-year trip for Reid in 2009, and Michelle too has been to the state to stump for Reid this year.

If Reid needs him and wants him in the fall, Obama will surely be back, at least once.

Why all the attention?

Well, yes, it would deeply disturb Democrats to lose their leader – with the possible exception of Illinois Sen. Dick Durbin, who would likely replace him. But Obama has a personal tie and an important debt to Reid. 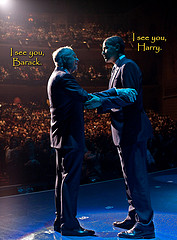 According to the book “Game Change,” which chronicled the 2008 campaign, Reid in 2006 summoned then-Sen. Obama to his office.

“You’re not going anyplace here,” Reid observed. “I know that you don’t like it, doing what you’re doing.”

Obama was a little taken aback until Reid got to the point.

“You could be president,” Reid told him. “The stars could align.”

The suggestion by Reid was not only a groundbreaking vote of confidence for the still undecided junior senator, but a stirring betrayal of the woman everyone knew was getting in, Hillary Clinton.

Reid and other senators were too aware of the baggage a Clinton run would carry, and they wanted the White House at all costs. Obama, Reid later indelicately said – in comments the president easily forgave – was a “light skinned” African American “with no negro dialect, unless he wanted to have one.”

Obama’s popularity is way down in Nevada as elsewhere, but Reid has obviously calculated it’s best to have him in the state anyway. The reason: money. Both events for Reid today are fundraisers, and the press is only invited to one of them.

2 Responses to When Barry Met Harry